Oh, the stories I have about Red Dead Redemption.

White hot sun baked the sweat and dust on my face into clay. The air was oppressive. But I was with my people. Dutch, the closest thing to a father I've ever known, and Hosea, a source of constant wisdom. We were riding to a fishing hole. It was our first moment of leisure in many months of suffering and death and fear. I was relieved but wary.

We noticed a train stopped on the tracks ahead, and in front of that, a wagon. It was an iron cage on wheels filled with dirty, angry men. They could have been us. Maybe it would be us, one day. I peered through the bars, squinting at the sun, when I recognized keen, dark eyes and an impeccably twirled mustache. Trelawny, the old charlatan. Apparently less clever than he imagined, but no less dapper.

We hadn't seen Trelawny for months, but he was our brother, and we could not leave him to swing. Dutch introduced himself to the Deputies at the front of the wagon to make the case for Trelawny's freedom.

The train, once stopped, screamed to life, belching steam and smoke. Three of the men in the iron wagon, having picked its lock, tumbled out and sprinted for the train. The Deputies panicked and turned to us, pleading. Those three men are wanted for murder, arson and theft. They're needed alive. The deputies need our help.

For a moment, I saw a malevolent glint in Dutch's eyes, and I pressed a hand to the revolver at my side. A hail of bullets, and Trelawny too would be free. The moment passed, and Dutch pointed to the train. Catch them, and take the deputy with you!

The deputy took my hand and slid into the saddle behind me. I dug my heels in deep and my horse shot after the fugitive train. The pounding of hooves, or maybe it was my heart, thundered in my ears. The train slowed, this was our chance! I wrestled my horse over the tracks as a nearby branch caught my shirt and popped me out of the saddle, sending me screaming fifty feet into the air. I hit the ground like a sack of wet flour and died.

Here's a painting of Dave Chappelle 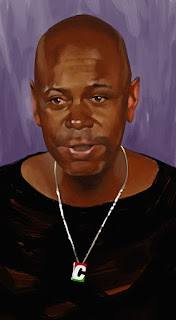 Posted by David Hovey at 9:46 AM No comments:

It's been a while.

Hello. It’s been a while.

During college, and even for a few years after college, this was my place to talk
with the internet. I talked about my anxieties, about who I wanted to be, and
shared my art. At the time, I imagined a whole community wrapping around my
content. In reality, it became little more than a journal of my progress,
artistically and mentally. That’s not such a bad thing.

I can look back and pinpoint two pieces of technology that changed my life forever.
The first is an Intuous5. Almost the literal moment I shifted to doing digital art I
started to see success like I’d never seen before. Even though it took me almost
a decade to get any good at it on my own, producing digital art is the reason I’m able
to support myself with art today.

The second is my smartphone. And I gotta say, it made me a fucking boring person.
I have read so many hot takes I could set your face on fire. I used to think and dream,
and now I instagram. It’s a drain, and a full on problem, and a complete necessity.

This is the person I am today and this is my relationship to reality: I am 32,
I am married, I have two cats, I have a full time illustration job, and I make
illustrations freelance on the side. I no longer write. I no longer give back.
I watch Youtube and scroll Instagram and Facebook and Reddit even when
I’ve rung every bit of data out of them. Then I play video games.
I am a child and an adult in a fight for my body and time.

Last week something crazy happened. It was like a flash flood in the Midwest,
where the sky goes a boring shade of gray and begins spitting water, slowly, at first.
It never turns into a full-on torrent and if you were to stand in it you’d simply
be uncomfortable. But it also doesn’t stop, and soon the ground becomes saturated
and the water starts pooling in ditches and fields. Then you hear the sump pump down
in the basement, wiirrr-chunk! as it tries to suck out the water suddenly filling
your house from the ground up.

For months, there was talk of the coronavirus. Same as SARs, same as Ebola,
so on and so forth. It was boring.

And then it was here.

The sump pump kicked in, wiirr-chunk! And the NBA cancelled their season.
Here in Ohio, they closed restaurants and tattoo parlours and music venues,
the list goes on. My office building was closed, though I still work from home.
Colleges and schools cancelled in-person classes and most will finish their
years online, if at all. Wiirr-chunk! The sump pump works to keep the basement
from flooding, but the rain continues.

It’s Sunday, March 22nd, after the first full week of staying at home practicing
‘social distancing,’ and on the eve of what will no doubt be remembered
as the fastest onset of a recession in modern history.

Hello again, it’s been a while.

Now let’s do some art. 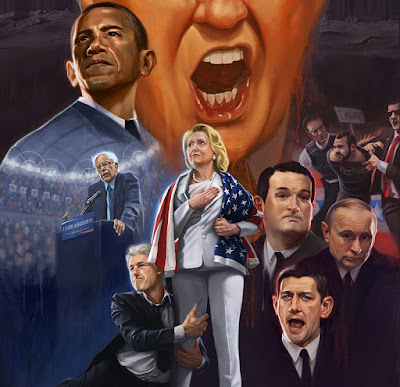 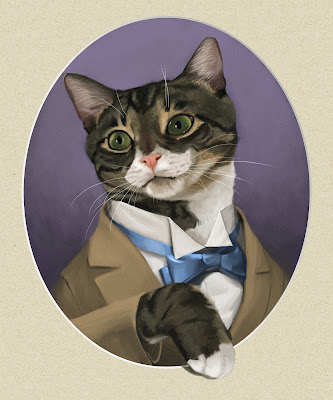 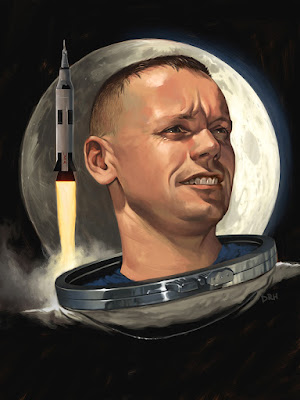 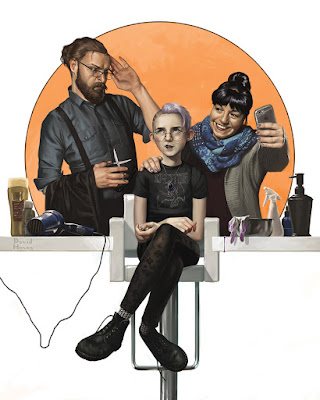 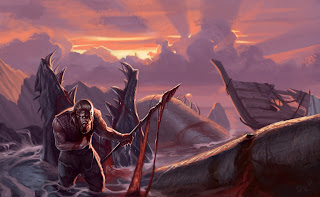 I decided to make a quick little illustration for Illustration Friday, a weekly Facebook group contest. I call him, "The Fisherman." Maybe I'll go back to those little three hour sprints I was doing years ago...
Posted by David Hovey at 10:15 AM 1 comment:

I made this. It's perhaps more unsettling than I expected, but the idea is, with Colbert replacing Letterman, how will he differentiate himself from the late night bastion? I don't think Colbert will have a problem with that, but the image stuck in my head, so I made it. 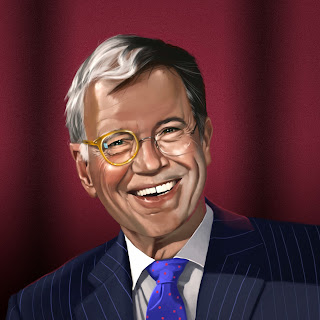 Hullo! I have a new personal piece! Time to get my cover on...  It coincidentally works for my 'old is new' challenge I do from time to time. Here's the robot girl treatment I did two years ago: 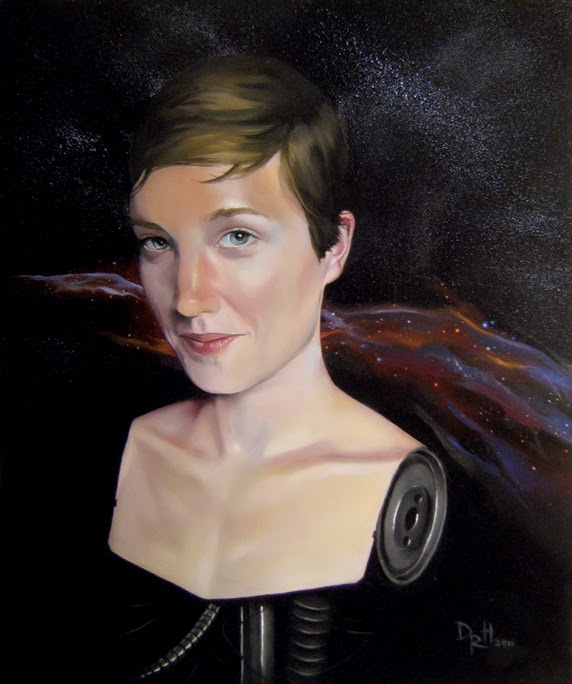 And here's my newest piece! 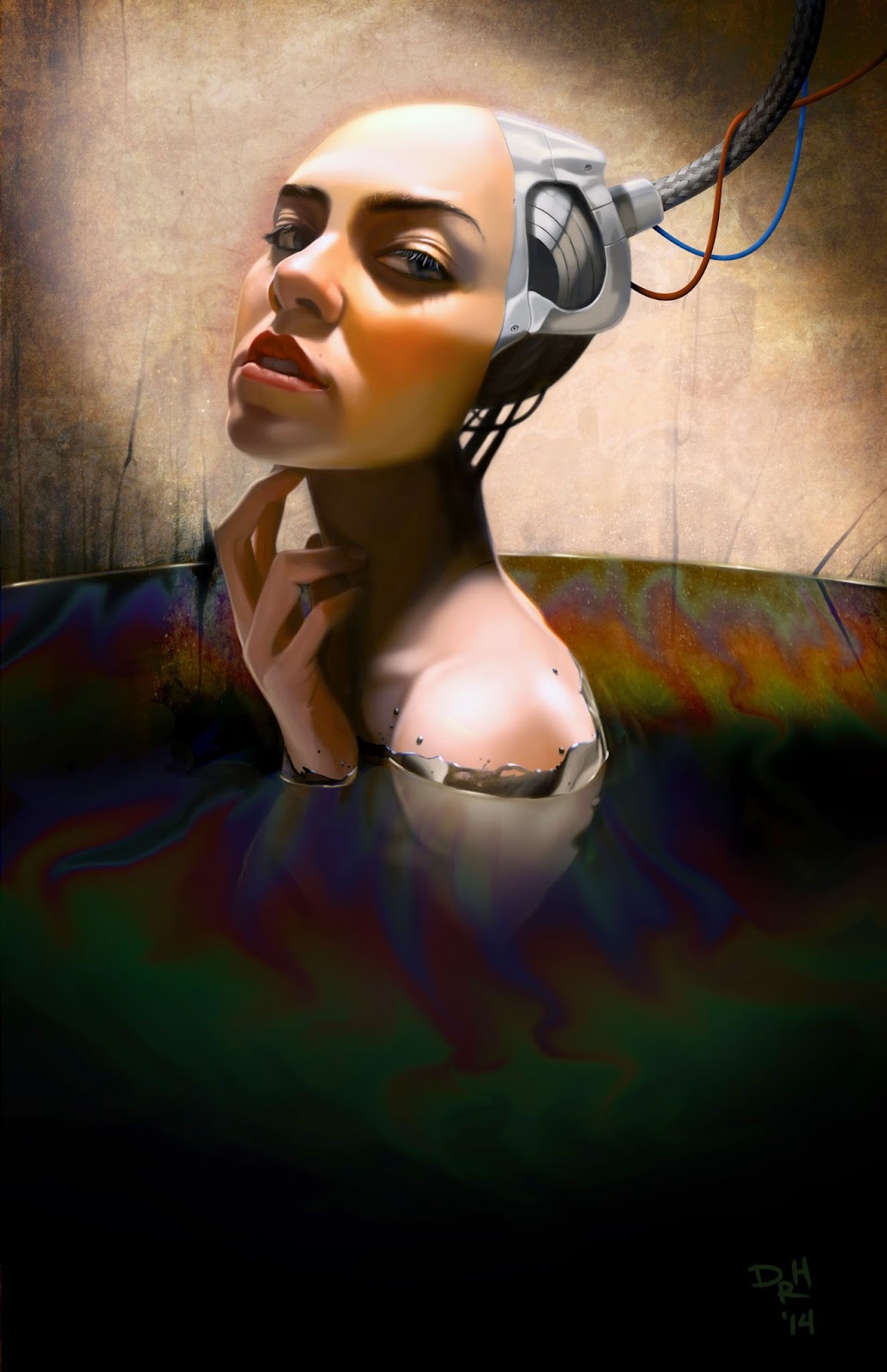 I have decided to start really pursuing book cover work, so C130patra is the first of two pieces that will be the bulk of my promotion. Hope you like her!
Posted by David Hovey at 7:15 PM No comments:

Hi all, the mobile app I and my company have been tirelessly slaving away on is finished and releasing today!! Here are some images I produced to promote it! 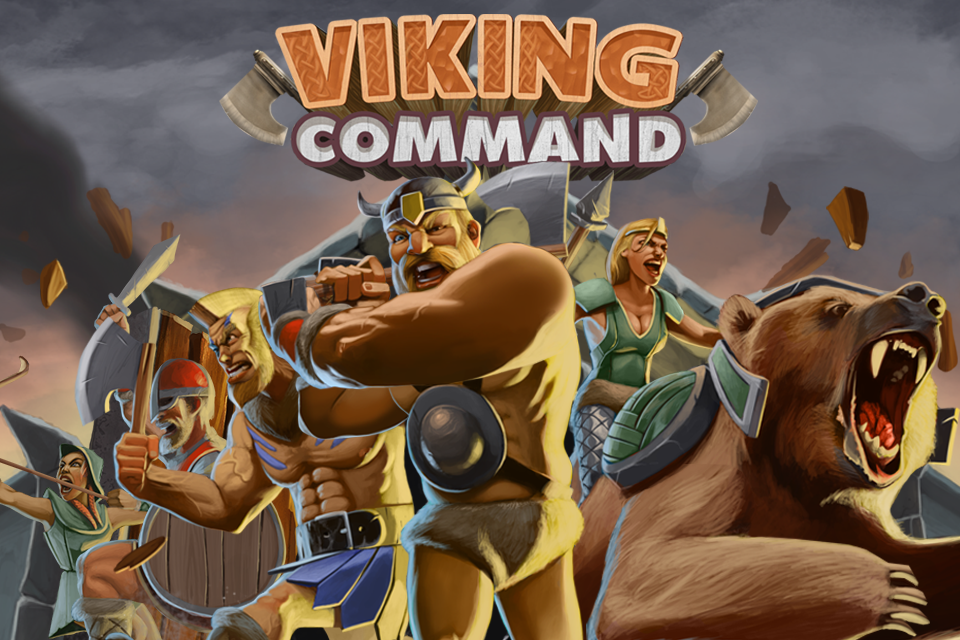 It's a free app, so go, my pretties! Download away!
iOS:  http://itunes.apple.com/app/id855098432
Google Play:  https://play.google.com/store/apps/details?id=com.sidebolt.vikingcommand

Check out the trailer, too!
https://www.youtube.com/watch?v=Ovd88xMAawk

Last minute changes are bad. First, simply by definition, they give no time for further revision, and second, if those changes are drastic, you give the impression that you are unpredictable, especially when you're working from a thumbnail.

I have to give a shout out to Brent Evans once again. He's been great working with me, giving me the patience and freedom I need to produce some images I'm proud of that work for him. Long story short, I did what teachers tell you not to do in college (and for good reason). I abandoned the thumbnail. Let's look at our Aborigine surfer first, shall we?

This guy will be featured in the upcoming Shadowrun: Crossfire card game, but promotional shots have already spoiled him for me. It started with this thumbnail:

Brent was happy enough with it. He wanted the guy to be wearing Bermuda shorts and a watch, looking at the viewer, and having the surf board tilted so it didn't run parallel with the frame. So I made the changes, and started to color it. I got in close to it, painting away, and when I pulled out, this is what I saw:

Now, I'll admit, he's not done, but this was NOT what I had in mind. Suddenly the conntrappsosto gave this image a very different undertone. It was (this is a theme for me) 10 at night the night before it was due, and I was 50% done with a painting that was 100% wrong. So I started over.

If you've done this before as an artist, then you know: only make this move when you are confident that your changes will blow your AD out of the water. If they are getting something that they didn't expect, it better be way better than what they were waiting for.

Anyhow, I ran downstairs, shot reference, ran back up to my computer, and worked well past dawn :

I waylaid some of the guilt of changing every aspect of the thumbnail by accepting that the final was obviously superior and promised not to do something like that again. A promise I immediately broke.

This guy is supposed to be in a coffee shop nursing a 'possession hangover' while the floating computer screens laugh at him. Late into development, I was having trouble with the angle, because the perspective was all off. When I shot reference, the images of the place I went to were so much better than the thumbnail that I again made the tough decision: I had to scrap the image, because I knew I could do so much better that my AD would forgive me. Here's that final:

If you haven't worked freelance before, or you are still in school, remember: this is a big no-no. Unless the job parameters allow you the freedom, AND the image you produce will blow the original out of the water, this is an amateur way to produce, and something I always try to avoid. Obviously, sometimes that's impossible to do, but if the final image works, so be it. Here's one more piece for your viewing pleasure! 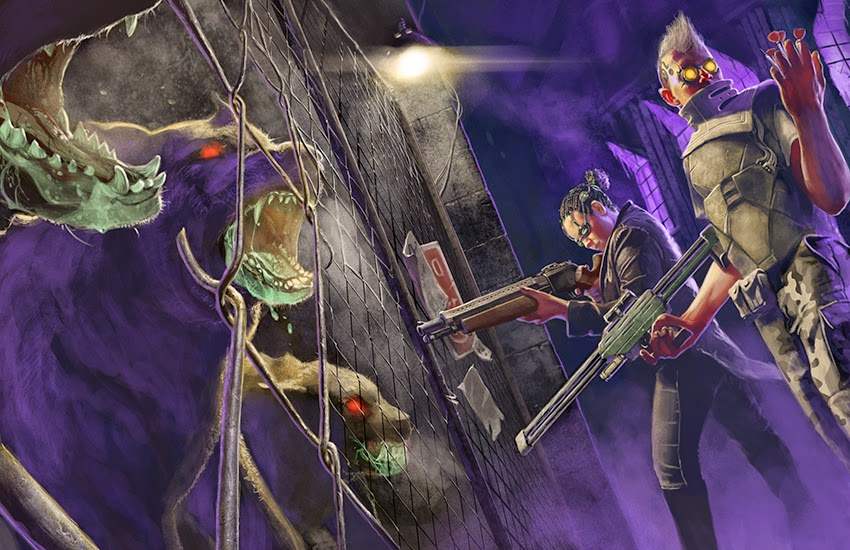